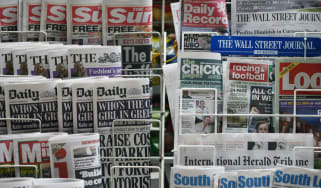 If you’re interested in UK political news, you’ve likely come across a number of headlines. There was the recent Scottish independence referendum, and a Conservative majority. But there is also a broader range of news and opinions affecting British politics. You can read about the latest political developments in England and Scotland, from Scottish Labour leader Theresa May’s resignation to the SNP’s call for independence.

Conservatives gained a majority in 2019

The Conservative Party won 365 seats, which is the largest percentage and number of seats since 1979. The Conservatives won seats that had been held by Labour for decades. Labour gained fewer seats than ever before, with only eight percent of the popular vote. The Green Party saw a significant drop-off in seats, but they managed to secure more than one seat in the South West of England. In Scotland, over a hundred thousand voters who had signed a petition in favor of Brexit were left with no representation.

The SNP has recently been making headlines for its controversial attempts to intervene in the legal battle over indyref2. The party’s ruling national executive committee unanimously agreed to seek permission to take part in the case. But there were also reports that the party was unhappy with Lord Advocate Dorothy Bain, who drafted the SNP’s submission. As a result, the party has hired QC Claire Mitchell and advocate David Welsh to prepare a submission on behalf of the party.

In an October poll, 58% of likely voters in Scotland said they supported Scottish independence. However, the Scottish National Party’s first attempt to hold a referendum on independence failed, with 55% to 49%. However, the party is planning on claiming the result of the regional elections in May as a mandate to hold a second referendum. While the SNP will need to prove this claim in order to gain control of the Scottish Parliament, the SNP will be eager to show that the people of Scotland are ready to vote for independence.

The policy is in line with what Labour leader Ed Miliband said in a speech last week, when he urged his MPs to avoid strike action. However, Labour MPs have defied the government’s policy. Some frontbenchers, including Sam Tarry, the shadow transport secretary, have spoken out against the policy. Others, like a former Labour MP, have said they’re uncomfortable with it, but will follow party line.

The RMT union’s nationwide strike on Monday will affect all National Rail train services and the London Underground. There are expected to be more than 40,000 picketers, according to RMT general secretary Mick Lynch. “The RMT’s members were brilliant,” said Lynch. The RMT’s strikes in June disrupted holidaymakers and commuters. Labour’s policy has been particularly repressive, and the frontbenchers are not allowed to join strikes.

The sacking of a senior Scottish Labour figure – Kevin Lindsay – has caused a storm in the party. Scottish Labour MSPs and MPs have offered their solidarity to the former minister. Despite Mr Tarry’s resignation, the party says it will always stand up for working people and fight for better pay and conditions. However, Gary Smith, GMB general secretary, and Sharon Graham, general secretary of Unite, have said that the party is becoming increasingly irrelevant to the needs of ordinary working people. Labour’s Kevin Lindsay resigned from the party, saying the sacking was “a step too far”.

Leonard was born in North Yorkshire. He attended Pocklington School, where he won a scholarship to study. He then went on to study politics and economics at the University of Stirling. He then became a trade unionist, working for the Scottish Trades Union Congress and GMB Scotland. He also held the position of chair of the Scottish Labour Party from 2002 to 2003. He has opposed the Iraq War, nuclear weapons, and Trident.